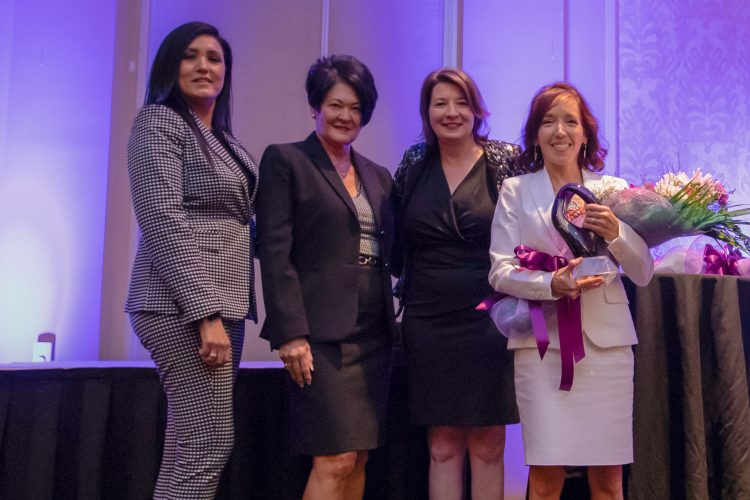 Economist Tatiana Bailey, director of the UCCS Economic Forum, was named business leader of the year by the Southern Colorado Women’s Chamber of Commerce yesterday.

Economist Tatiana Bailey, director of the UCCS Economic Forum, was named business leader of the year by the Southern Colorado Women’s Chamber of Commerce yesterday.

Bailey works to inform communities from a social and economic perspective and distributes a monthly economic dashboard with regional and national indicators.

In 2017, she and her team launched the Workforce Asset Map, a tool that offers resources for students, job seekers and employers in the Pikes Peak Region. Bailey speaks internationally and serves on many boards and councils, and was recognized by the Colorado Springs Business Journal as a Woman of Influence in 2016.

Bailey was presented with the honor at SCWCC’s annual Accolades Awards celebration, held at The Antlers hotel.

Accepting the award, Bailey thanked the community for being “so embracing” of her and her work, and for constantly elevating Colorado Springs.

“I have to say I’m not a huge Willie Nelson fan,” she said, “but I often think back to something he said … and that was, ‘The day I started counting my blessings was the day that everything changed.’ … One of the major secrets to life is gratitude, and I really believe that — because if you’re grateful for everything, you’re happy, you’re positive, you want to share. You guys even share my economics, which is amazing.”

Other nominees for business leader of the year were...